Want to get rid of bruises or reduce their visibility?

We have all at one time or another fallen and hurt ourselves and then woke up the next day with a big bruise. Bruising occurs after the skin has suffered an injury which results in bleeding in the outermost layer of skin. It is the blood in the tissue under the skin that gives it the blue-red color we all know. They can also be swollen and painful because the damage to the skin creates inflammation.

Whether you are involved in an accident, injection treatment or surgery, it is incredibly common to get bruised. There may also be other underlying causes such as old age and blood-thinning medications that can make the skin more prone to bruising. Whatever the reason, most sufferers are wondering how to get rid of bruises.

In order to get rid of a bruise, you need to speed up the body’s healing process. You can treat bruises with creams that work by helping the body heal the damage faster. The creams have a preventive effect for individuals who get bruises very easily. Bruise MDTM is a medical device with clinically proven effects. The product has shown a statistically significant reduction in the frequency, severity, and duration of bruising. 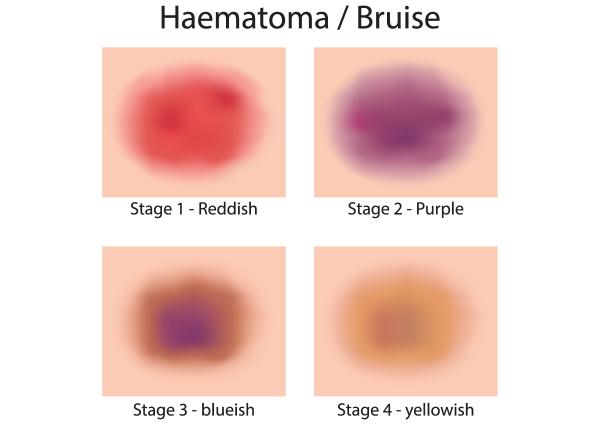 Bruise MDTM is a new method for treatment and prevention of bruises. The product can be used after various surgical procedures and treatments (e.g. injection of Fillers) to reduce the risk of bruising and swelling.

Bruise MDTM is a medical device that has been clinically proven to prevent bruises from forming and to speed up the time it takes for bruises to improve. Bruise MD has been proven to have a statistically significant reduction in frequency, severity, and duration of bruising.

The product is based on 3 main ingredients / mechanisms of action:

In addition, the product contains menthol, which contributes to a cooling effect and pleasant aroma.

Bruise MDTM forms a transparent film on the skin and when the gel has dried it is possible to cover the area with makeup, sun protection etc.

How to use Bruise MDTM

Bruise MDTM should be used as early as possible. The affected area should be treated with Bruise MDTM 3 times a day. Continue the treatment until the bruise is completely gone.

Bruise MDTM may only be used on intact skin. If the injury or surgery resulted in a wound (an opening in the skin), the product can be applied around the injury, but not directly over the wound. 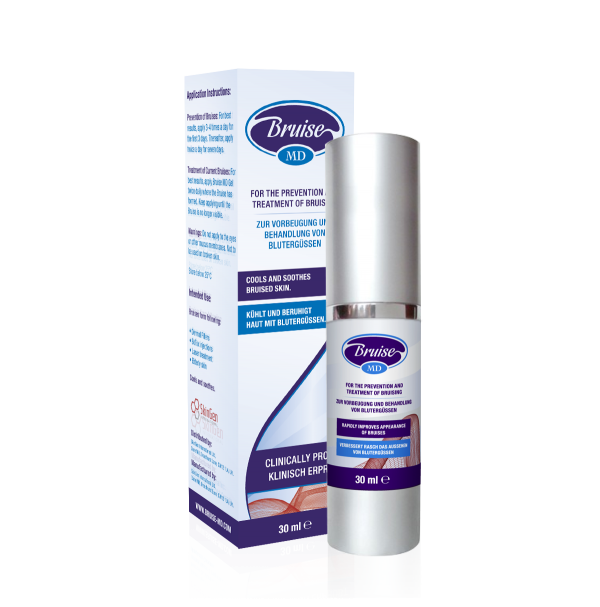